There is a mosque in Hong Kong that nobody knows about.  It is not a purposely kept secret, but its accessibility issues keep it under the radar.  At the extreme south of Hong Kong island, in the secure area of Stanley Prison is an architectural treasure.  If not for the hard work and dedication of a select few, Stanley Masjid would have fallen foul of redevelopment years ago.  Thankfully, a hard fight was fought, a one-of-a-kind mosque was preserved and the Antiquities and Monuments Office conferred Grade 1 status on it, ensuring its protection for future generations. 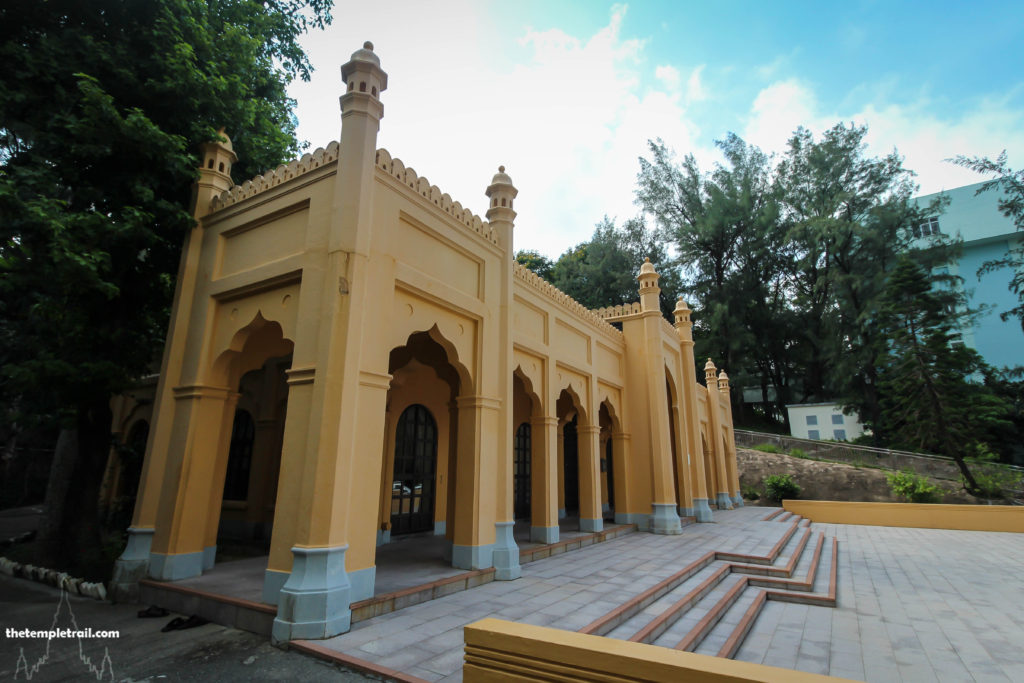 The story of Stanley Mosque is an interesting one.  In the 1920s, the British created the Hong Kong Jail Guard Service and recruited guards from India, mainly Muslims and Sikhs.  While most worked in Victoria Prison in Central, there was a small detention facility in the jungles of what is now Stanley.  The majority of the guards were Muslim and they requested that they be given an area for prayer.  They were allotted the land on which the mosque stands today. 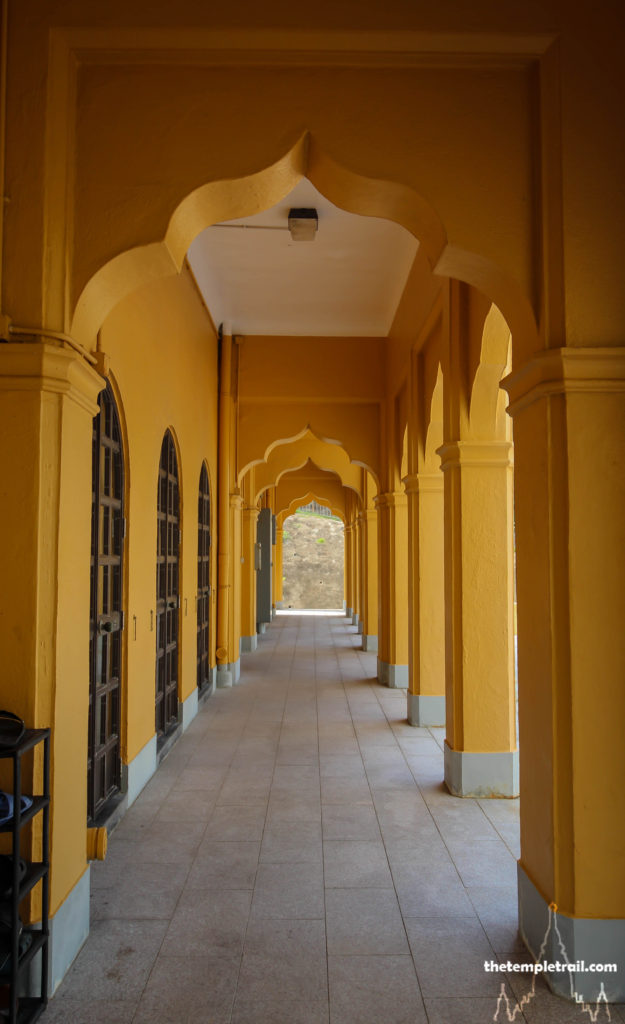 In the 1930s, Stanley Prison was built and more guards transferred from Central.  By this time, the temporary bamboo structure on the lot was not sufficient and during bad weather, prayer could not take place.  The guards requested permission to build a permanent mosque.  This permission was granted and construction began.  The guards not only contributed all of the funds themselves, but also built it with their own hands.  Additional financial contributions were made by the Arculli brothers, local Muslims who were connected with the prison.  Those with construction skills oversaw the part-time project and the beautiful structure was completed between 1936 and 1937. 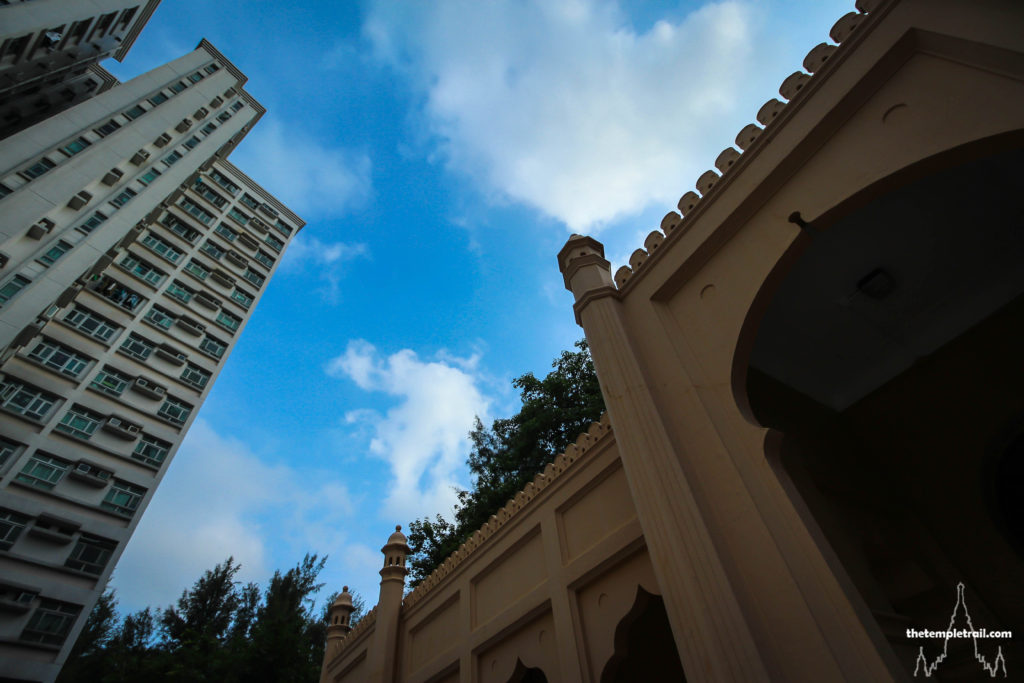 The mosque has been kept in its original form and no alterations have been made other than replacing the doors and windows with more secure ones.  The building is unique in Hong Kong due to its Mughal-style.  It is modelled after the Badshahi Masjid in Lahore, Pakistan, reflecting the demographic of the Muslim guards at that time.  The micro version of the famous Pakistani mosque is painted in its original yellow colour and has elegant ogee arches on its wide façade.  The interesting features to note are the lack of a qubba (dome) and minaret. 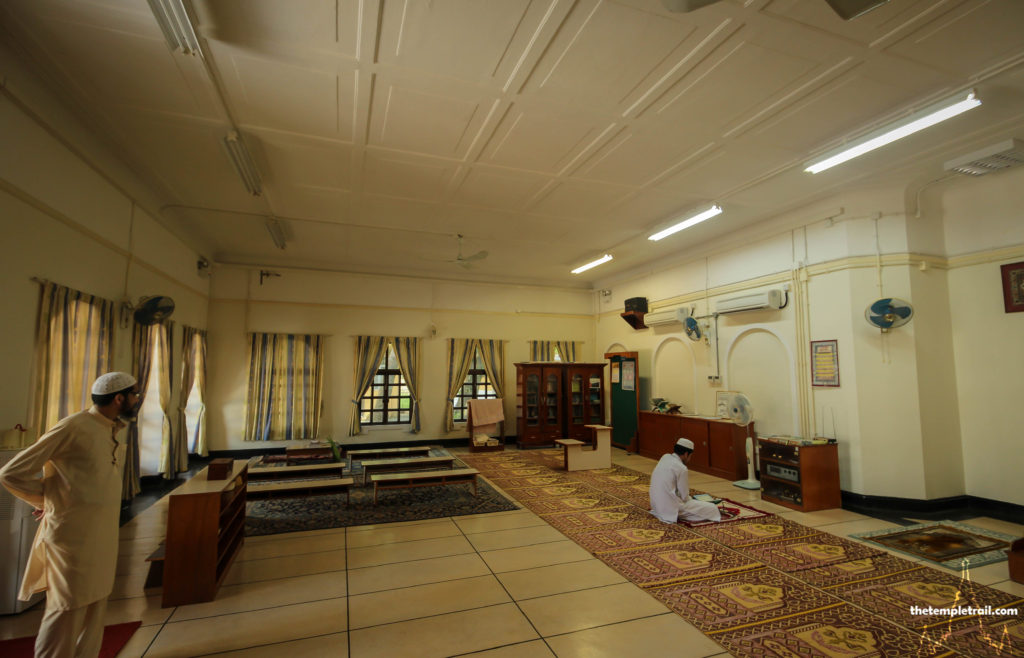 The mosque always functioned as a part time prayer area.  As the guards had shifts that did not match with prayer times, the only official prayer with an Imam was on Friday.  For the rest of the time, the guards made it to the mosque for personal prayer when their shifts ended.  Over the years, with the numbers of Muslim guards dropping due to retirement and the increasing number of local Chinese recruits to the service, the mosque teetered on a dangerous brink.  The Correctional Services Department began to question the need for an under-utilised building, particularly as they started to demolish the old staff quarters in favour of high-rise blocks. 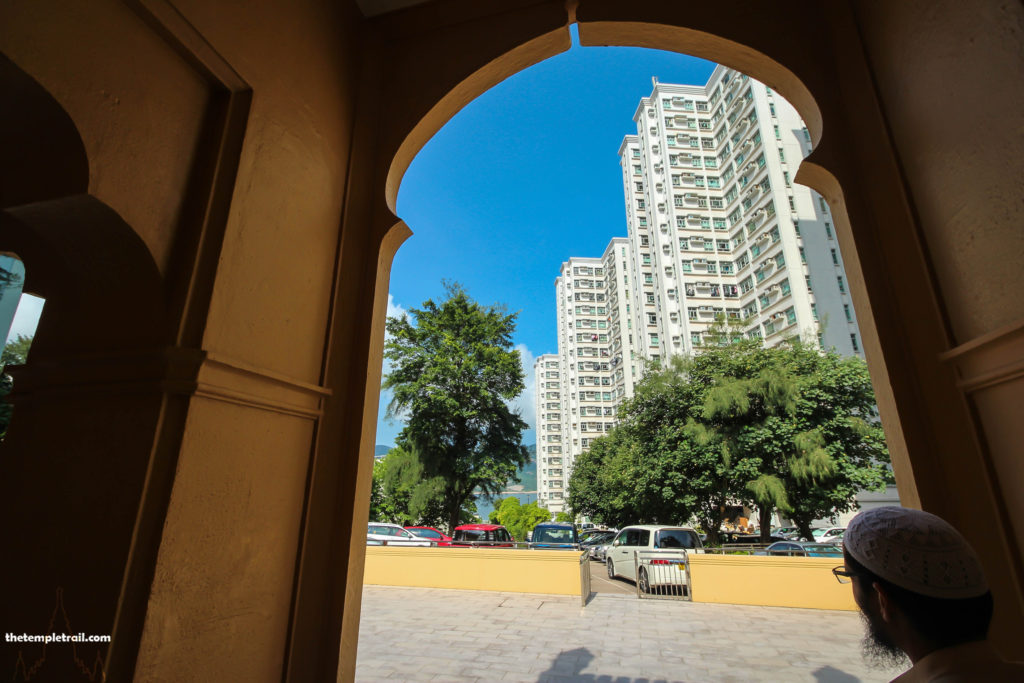 Thankfully, the mosque had a champion.  In the mid-1990s, Mr Nesar Ahmed, a long term prison officer inherited the duty of caring for the mosque from retiring colleagues.  By this time, pressure was on to prove that the mosque was needed.  Mr Ahmed sprang into action and due to his efforts, a full-time Imam, Mr Afzal Khan, was appointed and a madrasa (Quranic school) started in the mosque.  He involved the Incorporated Trustees of the Islamic Community Fund of Hong Kong (ITICFHK), who eventually subsidised the Imam and fought in Mr Ahmed’s corner.  All of this culminated in the AMO assessing the mosque and a few years later, bestowing Grade 1 status on the building.  Having guaranteed the survival of Stanley Mosque, Mr Ahmed feels that his work is complete.  Hong Kong owes him a debt of gratitude. 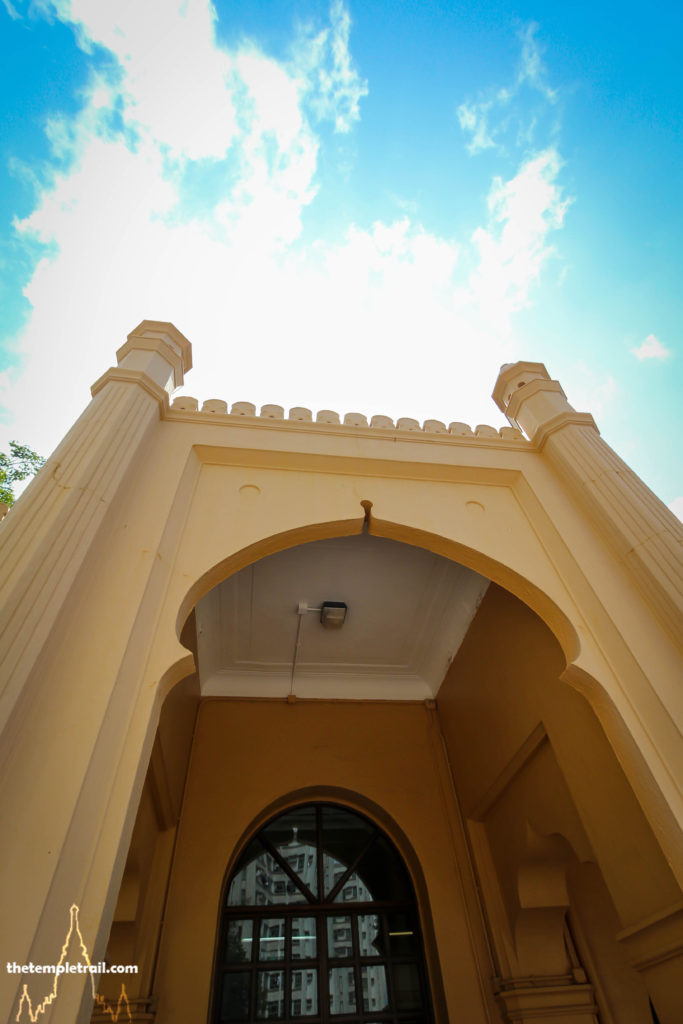 The story doesn’t quite end there.  A wonderful postscript comes from the small madrasa.  This year, one of the young men who attended the school became a hafiz.  A hafiz is one who has memorised the whole Quran.  He started at the inception of the school as a small boy and learnt from ABC, to full completion.  This success would not have been possible had the authorities demolished the building.  The mosque is more than just bricks and mortar, albeit beautiful ones, it is a landmark of the Hong Kong Muslim cultural identity that will thankfully be around for many more years to come. 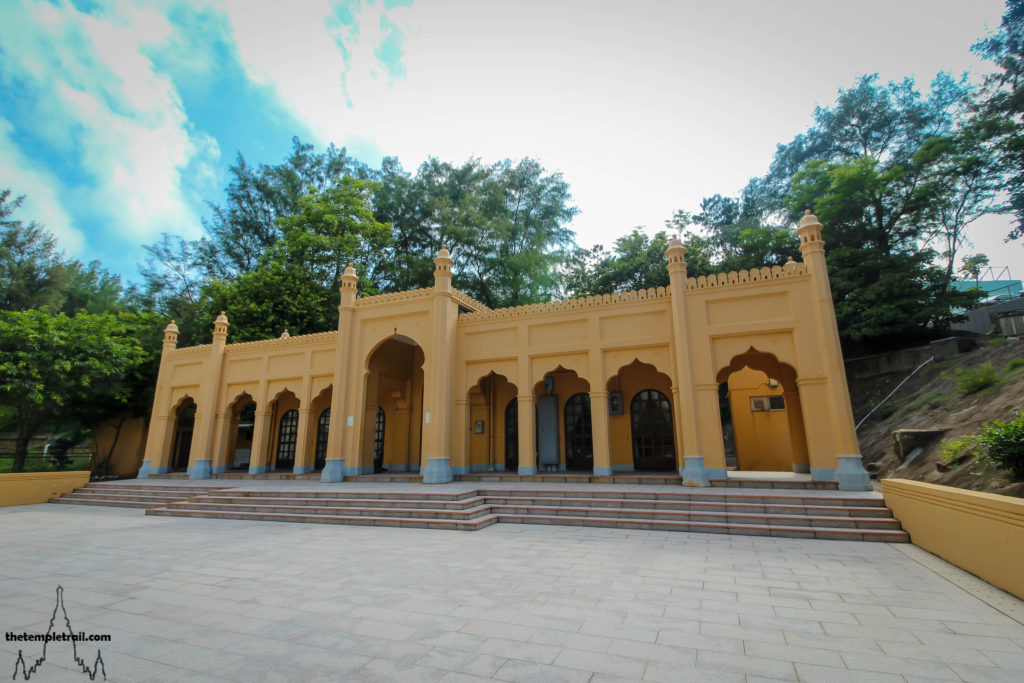 This article was originally published on the now defunct Hong Kong Temple Map website.  It was also reprinted with Tom Billinge’s permission by the Islamic Union of Hong Kong in their newsletter.

Map of the Major Maya Sites
Next Post: Who is Tin Hau?